The Putrajaya route we cycled.

It all started when I unexpectedly own a German made folding bicycle. How I came to own it was a long story best left untold. To make the best use of my recent acquisition, I went on some trial runs around the neighbourhood and Putrajaya.

I was elated by the experience and so I started a thread in PhotoMalaysia with the intention of just gathering a couple of members who owned bicycles to join in the fun. What a surprised the whole event turned into. Members were buying new bicycles to participate in the ride. More than 50 members registered for the event. However, in the end only 35 members turned up. This is considered a good turnout and 30% drop out rate is expected.

The day started at 3pm, I was at the meeting place earlier to iron out the cycling route with our Marshall, Mohd Shah. The members started trickling in one by one. Some were proud to show their new acquisitions. Some worked up some elbow grease cleaning their old forgotten bikes. What surprised me was 4 members brought their teenage son along for the ride. This I find is a very good gesture. A parent-child bonding, a long forgotten virtue brought about by the pressures of modern civilization and career. I have reaped rewards from this father-son bonding and I recommend it strongly for parents and would be parents. A group photo and briefing - rusdi One for the road before starting off - Rusdi

The group started off at around 4.30pm. After about 15 minutes into the ride, the tropical storm came and the groups (yes we split up into a few groups because of the size) took shelter in whatever sheds available. Our group was the last group and we took shelter in a bus stop along the way.

The storm finally blew itself over in about half an hour and we continued with the cycling. All in all we managed to cycle more than 26km. The ending was the usual the tarik session and dinner. It was a really fun weekend and I believe all the participants enjoyed themselves and were talking of more organized rides in the near future.

Here are some photos of the event. Some were taken by me and some by the participating members. Hope that you will come and join us for the next Photo-Cycle outing and bring your kids.

The tropical storm came and members had to take shelter 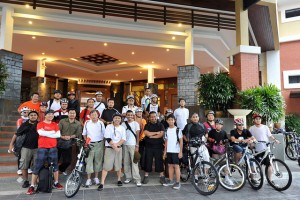 Regrouping after the storm - Afai 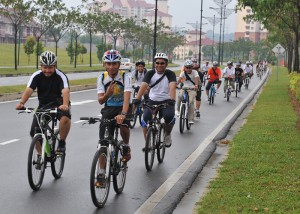 Part of the group on the cycling route - Afai 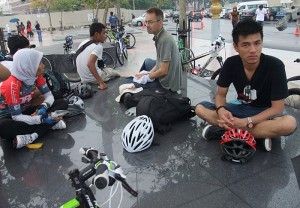 Xian, the Ancient Capital of the Middle Kingdom 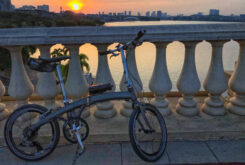