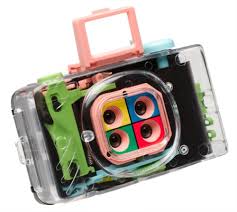 •2013: The Renaissance of film manufacturing! Experienced and new film manufacturers are serving a large and demanding worldwide community of film photography aficionados.
•Never Run Out of Film: The Lomography Online Film Subscription Service has just re-launched to make sure you are always stocked up on analogue films.
•Always Find a Lab, Wherever You Are: With LomoLabs on almost all Lomography Websites (for mail-order development service) and in almost all Lomography Gallery & Embassy Stores across the globe, plus over 700 Photo Labs listed on the Lomography site, it’s always easy to find a place to develop your analogue shots.

2013: The Renaissance of film manufacturing!
For film photographers around the world, it’s time to celebrate! Both Lomography and Kodak Alaris have pledged an unwavering commitment to keep production of a large variety of photographic film emulsions alive and kicking in the 21st century.

Lomography: A few years ago, we discovered that there are many ways to manufacture all kinds of photographic film (colour negative, slide and black & white) on both a large and small scale using old & new factories! These are creative opportunities that the film photography community and industry in general was not aware of for a long time, so Lomography took the initiative and started a lot of new photographic film projects. After releasing the world’s first pre-loaded and ready to shoot redscale film in 2008 and bringing back the 110 film format in 2012, in 2013 we have released a completely new film emulsion, LomoChrome Purple XR 100-400, a film that revives the classic Kodak Aerochrome look. We and our friends and partners in analogue film manufacturing are wholeheartedly committed to continue producing innovative, exciting and groundbreaking new kinds of films in the future.

Kodak: It is our pleasure that Kodak Alaris have also joined us on this quest into the analogue future. In an open letter addressed to the Lomography community, Dennis Olbrich (President of Personalised Imaging at Kodak Alaris) firmly states that Kodak will ‘continue to offer the full portfolio of photographic films and papers’. As partners in the mission to keep a great selection of film available for analogue photographers, we at Lomography are thrilled by this news. Never run out of film
Lomography have recently re-launched the Lomography Film Subscription Online Service so analogue photographers will never run out of films again! You can pick from 35mm, 120, 110 and mixed film packages and each month we’ll include a special exciting film surprise roll with your subscription order. There is no sign-up fee for the service and you can unsubscribe at any time. If you stay subscribed for 6 months, we’ll even send you a Lomography camera for free. The Film Subscription Service is the perfect way to always stay stocked up on the best analogue emulsions. Visit shop.lomography.com/film-subscription-service for full details.

The Lomography Online Shop and Lomography Gallery Stores are the ideal one-stop-shop for analogue photography lovers around the world, featuring a broad range of Colour Negative, Colour Slide, Redscale and Black & White films in 35mm, 120, 110 and Instant formats – and we have more planned for the future!

Always find a lab, wherever you are
Once you’ve shot your roll of film, there are tons and tons of places to develop your photos, wherever you are in the world. We at Lomography have a LomoLab in almost all Lomography Gallery & Embassy Stores across the globe. In addition to taking your films to one of our stores, we offer the Online LomoLab service for customers in many different countries. Still looking for a lab? Head to the PhotoLab section of the Lomography website where we have over 700 (and counting) labs listed.

Buscalan – A Trip to Remember by Noni Abdullah