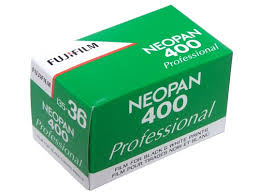 Some of the least popular films are continuing to be shelved. Fujifilm’s Neopan 400 and Presto 135 are the latest victims.

Last year Fujifilm discontinued the Neopan 400 B&W and Provia 400X slide films and had two price increases (one in March and one in December). The last price increase will not take effect until April this year – you still have time to stock up now on color and black and white film.