The Wenchang Hutong is located at Tiantan Park, near the Temple of Heaven. You can access it from Fahua Nanli, Chongwen District.

What is a Hutong?

A Hutong (narrow alley) is basically a collection of courtyard houses of distinctive Chinese architecture. The Hutong is made up of lanes or alleys formed by lines of pre-modern siheyuan, four-sided compounds with houses around a courtyard.

The collection of courtyard houses is linked by narrow roads ranging from 3ft to 10 ft in width. It is easy to get lost in the maze of winding lanes that is the hutong, with the gray-tiled houses and deep alleys crossing each other, all identical in appearance, with many blind hutongs or cul-de-sacs. 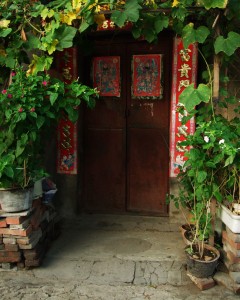 A typical doorway of a Hutong house

History of the Hutongs

Hutongs were first named as such in the Yuan Dynasty (1271-1368), with its Mongolian rulers having an influence on the Chinese language. However, siheyuan or quadrangles, have probably been around much longer.

The Chinese word ‘hutong’ means lane and is curiously made up from the word for beard ‘hu’ and the word for same, ‘tong’, which makes no sense, and therefore is probably an attempt to represent a word from another language with a rough phoneticization using Chinese characters. The word hutong originates from the word hottog which means well; in Mongolian. Villagers used to dig a well and take up residence around it. 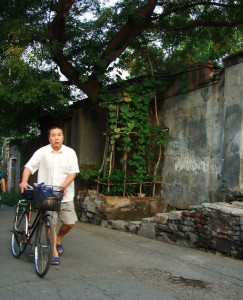 The culture of the Hutongs is communal. Almost everyone knows everyone. It is like a small self contained community with small convenient shops, eating stalls, etc to cater for the small community within. So if you an outsider, you will stick out like a sore thumb.

Within the numerous hutongs are scattered the residences of famous personages. Laoshe, a well-known playwright is just one of them. Laoshe was born in a small lane, in the west of the city. The memory of his childhood was so dear and left such a deep impression that after he’d been away from Beijing for more than 20 years, he still clearly remembered his birthplace, and he made it the backdrop of his novel “Four Generations Under One Roof”. Many famous operas and dramas are based on the themes of hutong life. 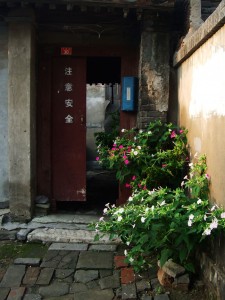 A pair of stone lions usually stand in front of the vermilion studded door with a painted lintel on the top. There are decorative patterns of flowers and birds.

Stepping over a high wooden threshold, you will find a stone screen standing ahead. It is built to avoid direct inspection from outside and also believed to dispel evil spirits. Next comes the outer courtyard, flanked by rooms to the east and west. These serve as kitchens and servants’ living quarters.

On the northern end of the outer courtyard is the “Main House” which faces southward to get maximum daylight in the front 3-5 rooms. The up-turned eaves provide a pleasant shade in summer. One room located in the middle of the house is for living or community purposes with smaller bedrooms or studies beside it. Two passages on either side of the Main House, give entry to the inner yard. Rooms on each side were for married children and their families.

Some courtyards have greenery planted there, making an inner garden. Some large compounds have two or more courtyards, inhabited by an extended family with several generations. “Four Generations under One Roof”, a novel by the contemporary writer Laoshe, depicts Beijingers in the 1930s and 1940s living in quadrangles. 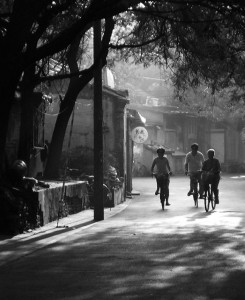 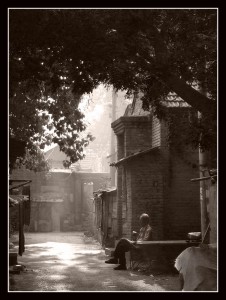 A moment of peace 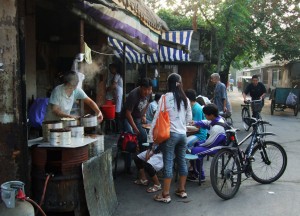 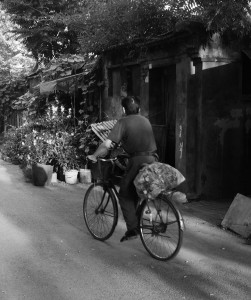 The “Delete Button” – preserving your self esteem 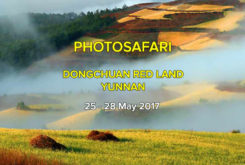 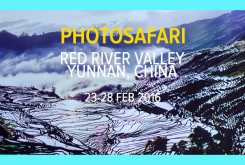