Photography is all about learning to see, about selecting a perspective, about being sensitive to the photographic elements around you, about deciding what to include and what to exclude in your frame, and about MYA (Moving Your ***) to achieve that.

Its easy for an artist to paint a picture. He starts with a blank canvas, he takes a brush and some paint, and simply adds in his subjects to create his picture. No sweat. Or so we think. To be able to paint a picture intelligently, he spends years in art school.

A photographer simply plonks money over the counter for a RM30,000 camera. He doesn’t go to art school or photography classes, and he expects to shoot great pictures !!

He doesn’t, because like it or not, photography is infinitely more difficult than painting a picture.

A photographer is confronted with a myriad of dynamic events going on all around him. He wants to make a visual story of a small section of the events unfolding before his eyes. These are constantly changing, evolving, happening. They are simply unrepeatable moments in time. His challenge is, he has to decide which of these dynamic multiple events and moments in time, to include in his frame. He has to to think on his feet. He has to anticipate. He has to be fast in order to freeze a moment in time intelligently..

And he has to be familiar with his camera controls, such that he can operate them instinctively, just as if the camera is an extension of his fingers, his eyes and his brain. He excludes those elements which he doesn’t want in his frame, by shifting his frame and his viewpoint by MYA.. He moves his ass to select a perspective which will create the visual flow in his frame that tells his story. He crafts his frame to include a beginning and an ending. And in between he places the elements of his story, ensuring they do not visually overlap.

This “layering” creates a three dimensional illusion of depth in his frame. The visual flow in his frame is his storyline. He uses directional light and shadows to enhance forms, textures and structures. He uses light as a moulding tool. It’s all about choosing a perspective which is uniquely his, and using light and shadow for maximum impact. In my photo above shot at Nirvana Beach in Java during one of our PhotoSafaris, the rock in the foreground is the lead-in line. You might not realize it, but while a lot of people splash an ugly watermark across their frame to safeguard their copyright and to deface their photo, my carefully placed tiny copyright watermark in fact serves as an additional leading in tool as well.. Your eyes flow from this watermark/rock to the boy, to the trees, to the boat, to the horizon and then to the setting sun. Without you being conscious of it, you are led deeper and deeper into the frame.

The warm colours have been possible by the use of a high Kelvin Temperature setting. You don’t want to use Auto White Balance for shooting sunsets, because that will whitewash all the warm colours. GNDs or graduated Neutral Density Filters are almost mandatory, to handle the wide exposure latitude between the brilliance of the sun, and the warm shadows of dusk. The camera is of course sitting on a tripod for maximum stability. A setting of a small aperture like f/16 ensures maximum depth of field or zone of sharp focus.

If you understand hyper-focussing, you can make the boulder in the foreground to be as sharp as the boats in the distant background. All these necessitates a slow shutter speed which increases the propensity for camera shake, which means a tripod, and a remote shutter release becomes essential.

And you thought photography is easy-peasy.

Come and join our PhotoSafaris. Maxby and I will share all these little tips that can help make you a better thinking photographer. We are going to Ethiopia 7-21 September 2013. One more seat is available because of a sudden withdrawal by one person arising from Visa problems. The Making of the above….yours truly on the right, and Uncle Fang struggling to shoot a landscape with a RM100K Leica. Photo by Uncle Maxby Chan

Tags:photo safari trips, PhotoSafari trips, So you want to be a Photographer
Categories:Articles, Tutorial
0.0 (0 votes)

Are you ready for Stellar? 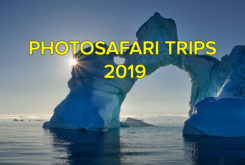 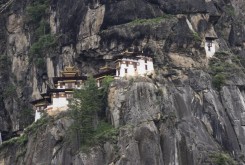 One Person’s Ramblings on Kathmandu and Bhutan. 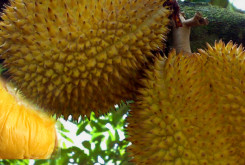