I have been following the development of cameras made by a relatively small but passionate camera manufacturer. Throughout their history of camera development, they have not been in the fore front of technology; however, they were good followers. They reward their customers, who have been their ardent fans, right from the days of the Pentax Spotmatic. When I was entering the photography hobby, not so long ago, my choices of the first camera were between Olympus OM1 and Pentax ME. Both were selling for around the same price. It was about 700 ringgit and it comes with a standard 50mm f1.8 lens. Eventually Olympus won the day. However, I was impressed with the information and light metering in the viewing screen of the Pentax.

Fast forward to the future, Pentax was among the last to embrace the digital camera technology. Their entry to the digital camera market was given an unpronounceable name *ist. What were the marketing boys thinking about? They got the naming convention all mixed up, even in the digital age. At first they started the path of the K series starting with K10, K20 and stopped there. They then moved to K7, now K5….you get the drift?

At last the Technical Boys got it right this time. They joined the bandwagon by using Sony CMOS sensors instead of Samsung. I have foreseen that eventually there will only be a couple of manufacturers for CMOS sensors just like the computer chip market. This prediction is beginning to take place. The big players now are Sony and Samsung. There are a couple more players in the CCD market like Kodak and Fuji (these big boys of the analogue imaging market were slow to catch up with the technology and are lacking behind.)

So what is new with the Pentax K5? I have done a hands-on review of the Pentax K7 during last year’s Crossing Bridges. This year I brought the Pentax K5 along with a 17-70mm f4.0 and a 15mm f4.0 lens for a 10 days Crossing Bridges 7 trip. A 10 day shooting translates to about 2 to 3K images. I have put the camera thru vigorous real life situations like ergonomic usage, dynamic range and various ISO situations.

Pentax K5 is a semi professional camera targeted to discerning photographers who want to be different….photographers that find their own path and are self confident. It is for those who let the pictures do the talking instead of their equipment. Pentax does not disappoint these users. Being a small company, they have been able to outdo their competitors in providing more useful features packed into a small magnesium body. The body is weather sealed against the tough elements of Mother Nature (personally I have tested it under the heavy rain, -5degC, sand storm, heavy mist and other abuse that a traveler will encounter in his journey) . Body and lens packages are smaller than the more popular brands. That makes it an ideal camera for traveling. 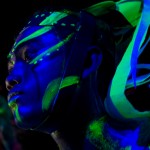 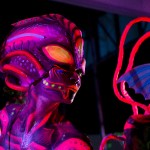 Ergonomics
Some of the features that I personally like are the button settings for important functions like exposure compensation, ISO settings, timers, picture profiles, flash, exposure metering modes, focusing options and focusing modes. I find that I used these options very often and I do not need to go into the complicated menu that most other camera manufacturers tried to confuse the user. Surprisingly, most professional cameras like the Leica M9 and Hasselblad H4D have relatively simple menus for operation…even simpler than Pentax.

However, I find the body is a tag smaller for large hands. A battery grip would make this package comfortable to hold but then it would negate the purpose of having a small camera for travels.

Though the overall size is smallish, it is not exactly light. A body coupled with a good professional lens like the 17-70 f4 would weigh about the same weight as other similar package offered by other camera brands.

The ISO capabilities of the digital sensors have improved greatly since the early days of digital photography. A long time ago, consumer were be awed by ISO capabilities of sensors that give noiseless image quality at ISO400. Today, sensors are capable of capturing light sensitivity up to ISO3200 or even 6400 with acceptable digital noise. However, dynamic range and tonal qualities capabilities suffer as one boost up the ISO sensitivity. This is similar to analogue film properties. 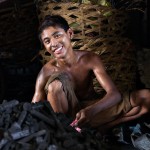 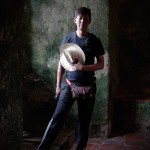 Picture quality
There are many aspects that contribute to picture quality. Dynamic range, tonal gradation, color rendition
1. Dynamic range
Important for B&W shooters Somehow the world has been confused by the new term dynamic range. In the analogue days, the term is exposure latitude. Ansel Adams did an extensive research and came out with his famous “zone system”. A Zone System has divided the exposure into 9 zones and each zone representing a full stop of exposure. Zone 1 being absolute black with no details and zone 9 being absolute white where no details can be seen. However, today, people are talking about dynamic range of sensors having 14 to 15 stops which means it is almost similar to the exposure latitude what the human eyes can see. However, in practical terms the dynamic range of the digital sensors are still less than the exposure latitude of the films, how is this possible? I can only conclude that the engineers tried to coin a new term to confuse the users of the short comings of the digital sensors. For those who are still confused, try using a handheld spot meter to meter high contrast situations and take it with the camera and you will know what I mean.

This is very useful if one is shooting jpeg files.

Colour filters and digital wizardry
1) I had the opportunity to try out some of the built-in filters and digital wizardry the camera is capable off. These features are great for posting images in facebook and other social networks without much post processing. However as a professional tool these features are not recommended. You can only access these features if you are shooting solely in jpeg mode. I have captured the same scene with different picture mode just for comparison purposes.
2) The picture modes menu is accessible from “INFO” button. The modes available are:-
a) Cross processing with 7 preset options
b) Digital filters with 8 preset options ranging from “toy camera to “fish eye” mode
c) HDR option with 6 preset options 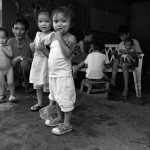 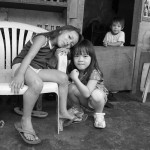 Hands-on experience
After using this camera for almost 2 weeks, I have come to the following conclusions. These conclusions are based on personal preferences and it may not reflect the views of other users. I have very often made references with the K20D which I owned and cameras of other brands that I owned.

What I really like?
1) 16..3 megapixel CMOS sensor – the same sensor produced by Sony and used by other big brand camera manufacturers.
2) The smallish size, perhaps a battery grip would be a good addition for those with larger hands
3) Water resistant and magnesium body. It gives a solid professional feel
4) Easy and convenient navigation that is physically assigned to buttons on the camera body without going to the menu. I find this feature the most user friendly among all the cameras I have owned other than the Leica Ms.
5) DNG RAW files. Pentax and other small camera manufacturers used DNG RAW file format pioneered by Adobe. The files can be opened straight into PhotoShop instead of being converted to DNG RAW if you are using Adobe Photoshop. Information are often lost or modified during the conversion process from Cxxx or Nxxx files to DNG RAW. I find that I do very little adjustments in color balance and saturation from these files unlike the other files from other camera manufacturers that do not use DNG RAW as the starting point.
6) The 7fps burst mode is ideal for shooting action shots. This is way better than the 3.5fps in the earlier K20D
7) 3” LCD with 921,000 dots of resolution for LV and image review
8) High sensitivity – from 80 – 51200 ISO. This is a big improvement over the earlier models and is at par with the best there is in the market. In practice, I find pictures taken at ISO6400 are acceptable. Images start to get really noisy at ISO12800. I have done a lot of shots handheld at ISO1600.
9) 11 point auto focus system. The focusing is a great improvement over the previous 2 models. Just go to “C” page 3 item 15….AF.S setting and set it to “Release priority” instead of Focus-priority. I find you can also duplicate this mode if you set the earlier models like the K20D to AF-C mode. I have used this mode very often with the K20D and it gives reasonable results. In this particular setting, the focusing speed is comparable to the C and N.
10) 100% field of view – great for those who want to shoot without cropping.
11) Shake reduction – I did not really test this feature but I feel that it is slightly better than the SR feature in the K20D.
12) The Live View feature for focusing is great for those who shoots tether. At the press of the shutter release button, the camera will zoom in and confirm the part of the subject that will be in focus.
13) 1/8000 shutter speed – a stop better than the K20D
14) Customizable RAW/Fx button – allows easy access to shooting situations
15) 77 segment metering system – supposed to be more accurate than other models that come before this model. In practice I still use the +/- exposure compensation button to control exposure.
16) Older Pentax lenses can be used with this camera body. It will be a saving for those who own older Pentax lenses.
17) Video mode – I did not have a chance to test this feature

What I hope Pentax would add or change
1) The selection of focusing points is now assigned to the toggle between the “INFO” button and it toggles between the selection of focusing points and the flash, drive, WB and Color mode. In the K20D this operation is assigned to the switching/ direction dial. This has caused a few missed opportunities when trying to toggle between the 2 modes. This I find is a step backwards.
2) The “AF” button is now set quite far inside. One needs to feel around for it and often force the user to take his eyes away from the viewfinder.
3) Don’t use the “Lens correction” feature if you can avoid it. In this mode the camera would take a minute to process the image before it can be reviewed.

Conclusion
The Pentax K5 is a camera that has come of age. On the digital sensor front, it is now comparable with the other big camera brands. On top of that it strives to provide more useful features like weather resistant body, backward compatible with older lenses, shake resistance that is on the body thus turning the older lenses to VR lens equivalent and ease of use.
Image quality wise, I find that the image files needs less post processing than other camera brands that do not use DNG RAW format. Sensor sensitivity is at par with the best in the market.
Its compact size coupled with Pentax’s pancake lenses makes it an ideal travelling companion. It is no fun lugging heavy equipment all over the world to do the same job. 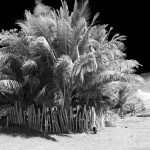 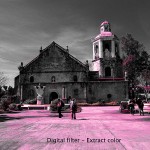