We have taken drinking tea or coffee for granted. It is so natural to reach out for a cuppa of coffee or tea for breakfast, tea break and after meals. It is interesting to find that most Nepalese have a tea culture. They drink tea in particular masala tea.  The tea is a brew consisting of tea, milk, ginger and spices. One can find Vendors selling tea everywhere from street corners to restaurants. A Customer having a cuppa at a street corner

The simplest traditional method of preparing masala chai is to actively simmer or boil a mixture of milk and water with loose leaf tea, sweeteners, and whole spices. Indian markets all over the world sell various brands of “chai masala, for this purpose, though many households blend their own. The solid tea and spice residues are strained off from masala chai before serving.

The method may vary according to taste or local custom: example, some households may combine all of the ingredients together at the start, bring the mixture to a boil, then immediately strain and serve; others may leave the mixture simmering for a longer amount of time, or begin by bringing the tea leaves to a boil and only add the spices toward the end (or vice-versa).

The main ingredients are tea leaves, milk, ginger and spices. The main spices are one or more of the following: cardamom, cinnamon, fennel, peppercorn and cloves. Every family will have their own favourite recipe. Nepalese come from all walks of life for a cuppa Having a cuppa while waiting for his knife to be sharpened Western influence is trying to change this tea culture 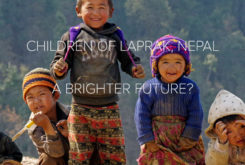 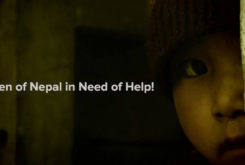 Children of Nepal in Need of Help!