Every now and then I would like to take a look in my dry box and see what I have collected over the years. I bought this camera from a Camera Shop that was closing for business some years ago. I had no idea what I bought that day. It is only after some research that I realised that this was one of the best cameras produced by Konica in the 50’s designed to take on the Leica III. It was priced at a princely sum of US$119.75 in 1957 with a Hexanon 48mm f2.0 lens and a leather casing. The lens cap is made of metal and it fits snugly onto the lens. The viewfinder was very bright and easier to use than the Leica III. Leica III at that time was priced at about US$180. Konishiroku Photo Industrial Co. or KONICA, was known for its innovativeness in reverse engineering. In the good old days after the second world war, Japanese manufacturing companies were busy doing reverse engineering on all things German, not unlike the present phase of industrialisation in China.

There is a built-in self timer with a 15 seconds delay.

Lens focusing is by moving the little bulb situated at the bottom of the lens. The viewfinder is bright and the magnification is almost 1:1. You can open both eyes to focus and shoot ala Leica style. The focusing patch is yellowish and bright. Parallax correction is incorporated into the projected framelines.

The film winder is on the left hand side next to the lens. It takes 2 strokes to advance a frame. The rewind lever is on the top left hand side too. The shutter is a tiny button on the right side. The button can be unscrewed to accommodate a release cable. (I almost lost this button once, now I glued the button so that it does come loose when travelling) Film counter is next to the shutter release button. 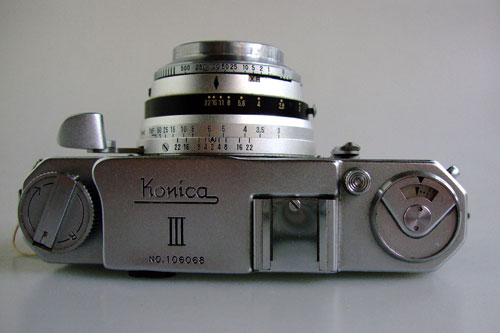 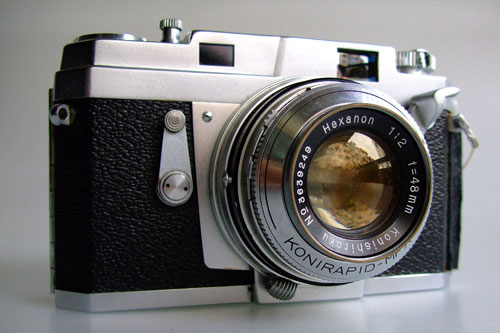 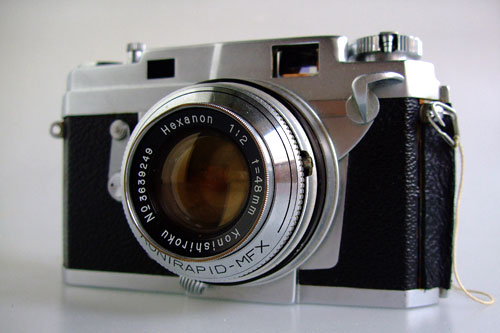 This was my main stay camera when I first started shooting with rangefinders. The picture quality is superb and is capable of making exhibition size prints from the negatives.

The single coated lens was also tuned for BnW photography. If you can find a good condition camera, grab it. A good copy is now selling for about US$300. I must say that I has a lot of fun using this camera.

10 Practical Tips on How to Take Better Human Interest photos