I have used a Gitzo 1542T tripod on our last Photosafari trip to Gorepani and Poon Hill. This year, I brought the Gitzo GT1540F (Safari) for a trek up to Manang in Nepal. The Gitzo GT1540F was a new model introduced about a month ago and the stock has just arrived at our local Distributor.

My friend has nudged me to give this latest carbon fibre tripod a spin. It would be great if you could bring it up the Himalayans he said. This was an all-weather tripod that has sealed sections on the first two sections of the tripod. Last year I gave him the feedback that some of our PMPE participants had problems with the 1542T tripods as they have used the tripods in various situations especially on the beaches. Sand and dust do get into the slip joints at the legs. We had to send the tripods in for cleaning which he gladly did it for us for free…and that is what we call service.

Firstly it is the weight. The 1542T is lighter than the 1540F by about 120gms. That is not a lot of weight increase. Secondly, the maximum height with the central column down, the 1542T is shorter than the 1540F by about 21.5cm (8.5 inches). This is a significant difference if you are a tall person. This means that you do not need to stoop down when looking through the camera viewfinder. However, with the central column extended to its maximum, the 1540F is taller by about only 10cm (4 inches).

Fifthly, cosmetic wise, the 1540F has a safari green top part whilst the 1542T has the grey magnesium/ basalt color.

The load capacity for both tripods is the same at 8kg. What are the special features that the Gitzo 1540F has over the 1542T?

Ease of use in field

One of the main advantages of a tripod as an integral accessory is the ability for the camera to use low native ISO, small optimum apertures and a variety of filters to get “that” landscape shot. After walking for more than 5 days and 60km on a mountain trek, the last thing you would want to fail is the tripod. You could see those wonderful views but were unable to record it in the best possible manner. I would have thrown such a tripod down the ravine.

We trekked up to Nyawal, a town at an altitude of about 3,600m. This town was situated in the valley between the main Annapurna range and the Pisang range. This was the cold desert of Nepal. The rain laden clouds were not able to blow past the 4,500m (average) Annapurna range. This place was in the rain shadow. The inhabitants depended on the melting snow from the mountains for their water needs. The winds were strong and unpredictable. There was an airport at Hongde just a thousand metres down the mountain slope. There had been a number of plane crashes in its past history due to the unpredictable weather conditions. The atmosphere was dusty when the winds blow. Temperatures dropped to about 0 to 5 oC in the morning. When we were there the winter snow still lingered on the ground.

The view of the Annapurna Range and Annapurna II, III and IV were insanely breath taking. One would wonder how Mother Nature could ever come out with such beauty in this remote place on earth.

I got up very early that morning, around 5.30am to catch the first light on the mountains. Nature did not disappoint us. We were rewarded with the burning first light at around 5.45am. The tripod work wonderfully. It was solid and held the camera in the way that it should. I was able to use the lowest ISO setting, sweet spot aperture, and the CPL filter. The fine dusts from the mountains did not get into the tripod legs preventing it from opening smoothly. (My porter carried the tripod on the straps of the backpack. It was exposed to all the elements of nature.) You would have expected that I had carried the tripod up the Annapurna Trek…hehehe. At my age, I was more than grateful that the Man Up There still allowed me to trek up there and back.

I like the increase in height over the 1542T. I did not have to bend down to view through the camera viewfinder. The height of the tripod with the central column down was just the right height for me. I have to agree with my friend that this is a more capable tripod than the Gitzo 1542T in terms of features and versatility. The slight increase in weight of 120gms is a small price to pay for a more capable tripod especially where one would like to use it in some extreme conditions like the beaches, rain and swamps. The safari green parts give this tripod a distinct look. This tripod would also be suitable for birders, bird watchers, nature and macro photographers as well as travellers. Gitzo offers a lot of heads for different purposes. One just needs to visit Gitzo’s website to find out what type of heads for specific needs.

Would I get one? The pricing for this new 1540F (safari) is only a couple of hundred ringgit more than the 1542T. It will be a purchase that will last a lifetime. Good tripods don’t usually go out of fashion or break unlike camera bodies. Weighing all the features and versatility this tripod provides, it would be hard to resist. Gitzo 1540F with Annapurna IV in the background The safari green head section. You just need to pull out the keys (black key with "GITZO' ) to adjust of the angle of the legs A close up the tripod head section with the power disc. 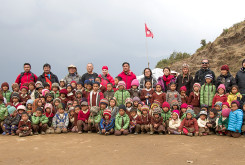 Faces of the children of Laprak 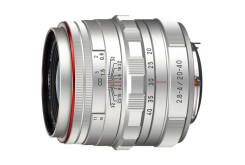 Want to Optimise your Image Quality from Pentax K-3?